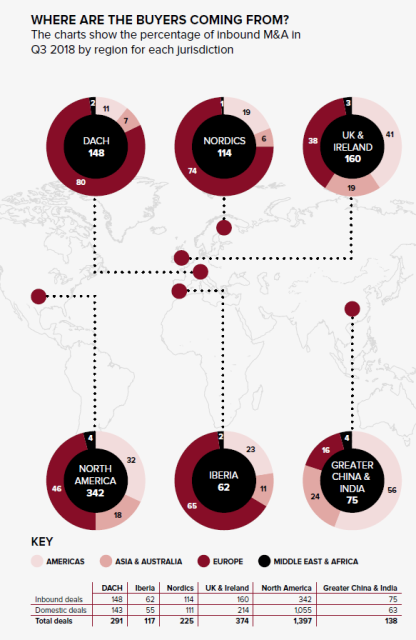 The third quarter yielded few surprises for mid-market M&A – except maybe for the fact that in such a volatile era, we saw so few surprises.

In most markets outside North America and the UK&I (DACH, Iberia, Nordics, and Greater China & India) inbound deals outpaced domestics, and total deal volume as well as domestic vs inbound M&A activity stayed on par with Q2 and Q1’s strong totals, continuing the year’s solid performance.