Livingstone has advised Amadys, an Equistone portfolio company, on its acquisition of Muth Kommunikationstechnik GmbH 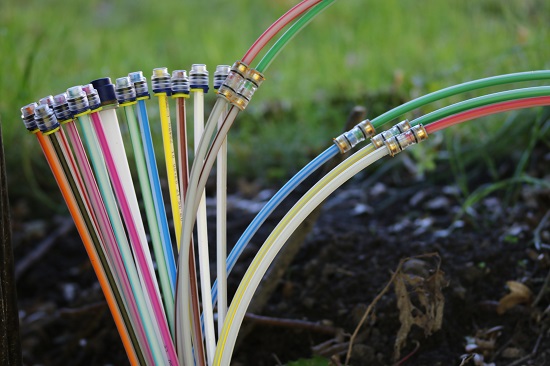 Livingstone has advised the Amadys Group, a Belgian portfolio company of Equistone Partners Europe, on the add-on acquisition of Muth Kommunikationstechnik GmbH. With the acquisition, the Amadys Group is expanding its market presence and reach in Germany. Amadys has acquired 100% of the shares in Muth Kommunikationstechnik GmbH. Terms of the transaction are undisclosed.

Headquartered in Brussels, Amadys is a leading system integrator of end-to-end connectivity solutions for the telecom, infrastructure, energy, and data center markets. The group of companies is active in the Benelux countries, Germany and Denmark, and now also in Austria and Slovakia, and generates an annual turnover of more than 200 million euros. The Amadys Group is a leading provider of solutions in the field of passive network components for the utility infrastructure and offers a wide range of products – with a focus on telecommunications, water, gas, and electricity – as well as industrial applications. Funds advised by Equistone took over the Amadys Group management in December 2019.

Muth Kommunikationstechnik GmbH was founded in 1991 in Kabelsketal near Halle and is a specialist wholesaler for electrical and communication technology. Muth offers its customers a wide range of products from well-known manufacturers in the field of data and network technology in the copper and fiber optics sector for LAN and WAN networks. Of particular importance is the cooperation with the company CommScope, for which Muth is the German logistics partner in the field of the FIST system. Muth guarantees optimal material storage in order to be able to achieve fast delivery times. Together with the extensive product know-how, Muth is a well-known and reliable partner for its customers.

The takeover of Muth Kommunikationstechnik GmbH reflects another important step in the Amadys Group’s growth strategy. The transaction enables the rapidly growing Amadys Group to increase its reach in the DACH region and improve its ability to act as a one-stop-shop for business partners. Muth Communications Technology will continue to be managed by Mr. Lutz Muth together with the newly appointed Managing Director Manuel Laibl.

“We are pleased to take over one of the leading providers of passive telecommunications components in Germany,” stated Arthur Graevendiek, Managing Director DACH region at Amadys Germany. The expansion of Fiber To The Home (FTTH) in Germany is in an early stages but growing very fast, so by strengthening our presence in the DACH region we will be able more than ever to meet the future needs of our customers to actively support it.”

Hein Wilderjans, CEO of Amadys Group, added, “I would like to extend a warm welcome to the entire Muth team and thank them for the confidence shown by Mr. Muth in joining forces with Amadys Group. In addition, I would like to express my special thanks to the Livingstone team for further very good and professional support from the first contact to the successful completion of the transaction.”

“This add-on transaction enables the Amadys Group to position itself even more strongly in the DACH region as a leading player in the field of passive network components and to be able to supply customers as a one-stop-shop. I am convinced both the Amadys Group and Muth Kommunikationstechnik GmbH will benefit greatly from each other in the future as a result of this transaction. We are very pleased that we were able to advise the Amadys management and Equistone on another add-on transaction,” added Christan Grandin, Managing Partner at Livingstone Düsseldorf.

The acquisition of Muth Kommunikationstechnik GmbH by Amadys is already the 14th transaction that has been accompanied by the Livingstone sector team for telecommunications and infrastructure within 24 months and the third acquisition that Livingstone has initiated and accompanied as an M&A advisor to Amadys.