SaaS valuations in 2018: what buyers and investors looked for 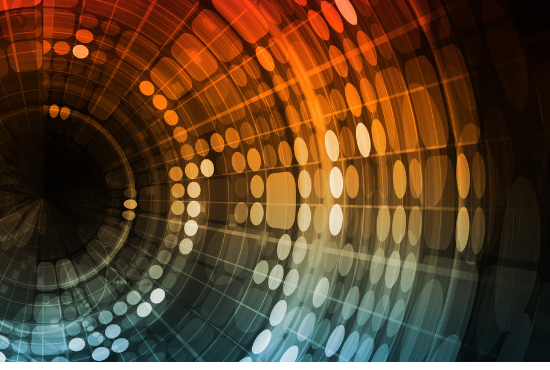 SaaS transaction volumes again reached record levels in Q2 of 2018, up well over 10% from 2017 volumes and almost double the transaction volumes in 2009 (at the trough of the great recession). So what’s driving this surge in volumes, and what are buyers and investors looking for in the current market?

Cut to the chase: valuation multiples
Valuation multiples for SaaS businesses continue to cluster between 3.0x revenue and 6.0x revenue; the median has consistently been 4.5x and the distribution has been reasonably stable for several years. This emphasis on revenue multiples, rather than EBITDA multiples more commonly used in other sectors, highlights buyer and investor willingness to look beyond profitability (or losses) in favor of growth. And while the use of revenue multiples is certainly the standard for SaaS providers, it is increasingly applicable to software providers (non-SaaS) as well as tech-enabled service providers.

What’s the rule of 40?
Growth trumps profit, but the ‘rule of 40’ is supposed to provide a more balanced view by combining both metrics. It’s pretty crude – add the revenue growth rate to the EBITDA margin; if you’re at 40% or more, you’re supposed to be in good shape. In practice, growth trumps profit every time, and the 40% hurdle is misleading – higher is better, and there’s a pretty linear relationship between (growth + margin) and EV/revenue.

Multiple of what?
Multiples of anything can, of course, be misleading.  For a mature software business generating 50% EBITDA, the median 4.5x revenue multiple is only 9x EBITDA – and headcount-driven services businesses are selling for higher multiples than that in the current market.

At Livingstone, we consistently get acquirers to focus on forward numbers for SaaS providers, given the recurring revenue profile, forward/contractual visibility, low churn, and high growth. For most of these businesses, valuations off last 12 months (LTM) undersell what has already been delivered.

Like the applicability of revenue multiples more generally, this focus on forward forecasts goes beyond pure SaaS providers to subscription info providers, software providers, and increasingly for tech-enabled services businesses too – especially if they have strong recurring revenue profiles. It’s a sign of a strong market and a scarcity of high quality.

Go beyond the P&L – what about the tech – and the team?
On the softer side, the age of the technology and how well-invested it is counts for a great deal, especially for an acquirer considering whether to ‘build or buy.’ The quality and differentiation of the product are equally important as the range of lookalike or substitute options will rapidly dilute any buyer’s sense of ‘must have.’

Of course, the strength of the team is also a critical factor, although it’s almost a given if you’ve built a great product and are growing well. (If you have a great team without a product but are still thinking about exit, your best bet might be an acqui-hire!).

Size matters
There’s a threshold at $3m of annual recurring revenue (ARR), and some deals get done at that level, but for investors of note and buyers of scale, you really need to demonstrate at least $10m of ARR for them to pay attention. In general, businesses with revenues of $50-100m tend to achieve the highest valuations as they are large enough to be meaningful to a wide range of buyers and investors, supporting high levels of competition.

What about vertical sector or horizontal focus
Most software deals are horizontal plays, with large markets and broad applicability. But this doesn’t mean they will command the highest valuations: Martech and CRM accounted for nearly a third of volumes so far in 2018 but achieved a median valuation of just under 3.0x revenue. In contrast, analytics and BI, at nearly a quarter of volume, had a median valuation of nearly 6.0x, in part driven by the increasing applicability of machine learning and AI to these propositions.

How can private equity involvement change this?
Private equity (PE) investors have been increasingly-important acquirers of SaaS providers, accounting for nearly half the deals done, compared to ~40% for listed acquirers. But only one in three PE SaaS investments is a new platform – and two thirds of those deals are bolt-ons for existing portfolio companies hungry for growth and multiple arbitrage.

Although they have a wall of money behind them, PE investors often can’t bring synergies to the platforms they buy. For SaaS businesses with over $100m revenue, the median revenue multiple paid by PE investors for new platforms was nearly a turn less than the 4.5x median valuation paid by strategics.

So how can I maximize my own multiple?

If you have the cash flow, focus on growth. Ignore the unsolicited approaches from PE firms, but listen to the strategics that reach out to you as they probably have a need you can fill, and their interest may wane if you turn them down. Engage them in a structured way, with good advice and careful presentation of materials, and use your advisers to broaden the discussions rather than engaging bilaterally.