When Money is Involved, No One is Rational 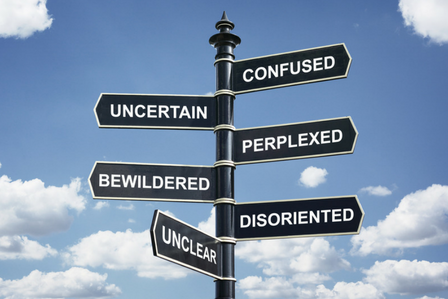 Chicago is a great town, particularly if you like economists: of all 79 winners of the Nobel Prize in Economic Sciences, 29 had some connection to the University of Chicago.

This could come in handy when searching for answers during our strange economic times, though the answers you seek will be different based on which Economic Laureate you ask. In the 1990s, if you had asked Eugene Fama whether a bubble was forming in the stock market; he likely would have told you not to worry.

According to his efficient market hypothesis, investors, taken as a whole, incorporate all relevant information regarding an exchange-traded stock and act rationally when making buy/sell decisions; and therefore, stocks are priced efficiently and reflect their fair values.

Unfortunately, you can’t short theories, or someone would have made some money: Fama’s efficient market theory sounded fairly persuasive in 1999 – especially if you were holding WorldCom and Enron stocks. But in 2001? Maybe not so much.

A reporter recently asked the same question of Chicago’s most recent (2017) Economic Laureate, Richard Thaler. I like his answer better: “Who would have thunk that the stock market would just continue to go up” during “what has to be the most uncertain times of my lifetime,” said Thaler, 72. “Surely it can’t be based on the certitude that there will be a massive tax cut, given the seeming inability of the Republican Congress to get their act together. So I don’t know where it’s coming from.”

I’m with Thaler. Of course, it’s possible the market knows something collectively that we don’t know individually, but Thaler’s work in behavioral economics suggests that maybe there is another issue at play. Unlike traditional classical economists, whose models always assumed people acted rationally when it comes to money, Thaler and his colleagues took into consideration how limited human reason is generally. Why they asked, should we assume people are more rational about economics than anything else?  In other words, even if all market participants have perfect information, they do not necessarily act rationally.

As M&A advisors to the middle market, we at Livingstone believe we are replicating the efficiency of the public markets by running sale processes for our clients that get the most likely prospective buyers to participate in a highly competitive auction.  But how can a market that yields 8x EBITDA for a business in a 2009 auction, yet now ascribes a 12x multiple to the exact same business, be described as efficient? Perhaps Thaler’s theories apply to our business as well.

We must, therefore, ask: Is today’s market exuberance warranted based on relative risk-weighted yields, or are some players acting irrationally and driving the values in private auctions to unsustainable highs?

All of the drivers are aligned at once:

So if it’s a bubble, what makes it pop?  For that answer, you will have to wait for my next blog.

When the bubble does pop – which it always does – and we enter a tougher market, my guess is that those private equity and corporate investors who have been out there hunting for intrinsic value are going to fare a lot better than those who were just paying “market rate” for everything. When all assets are rising and one can pay a high price but turn around and sell it for even more, “market rate” investors look wise, but as soon as that carousel stops, watch out. There are great deals out there for the right buyer with the right strategic fit, and though Thaler’s economic theory holds water, that doesn’t mean M&A needs to fall prey to it.