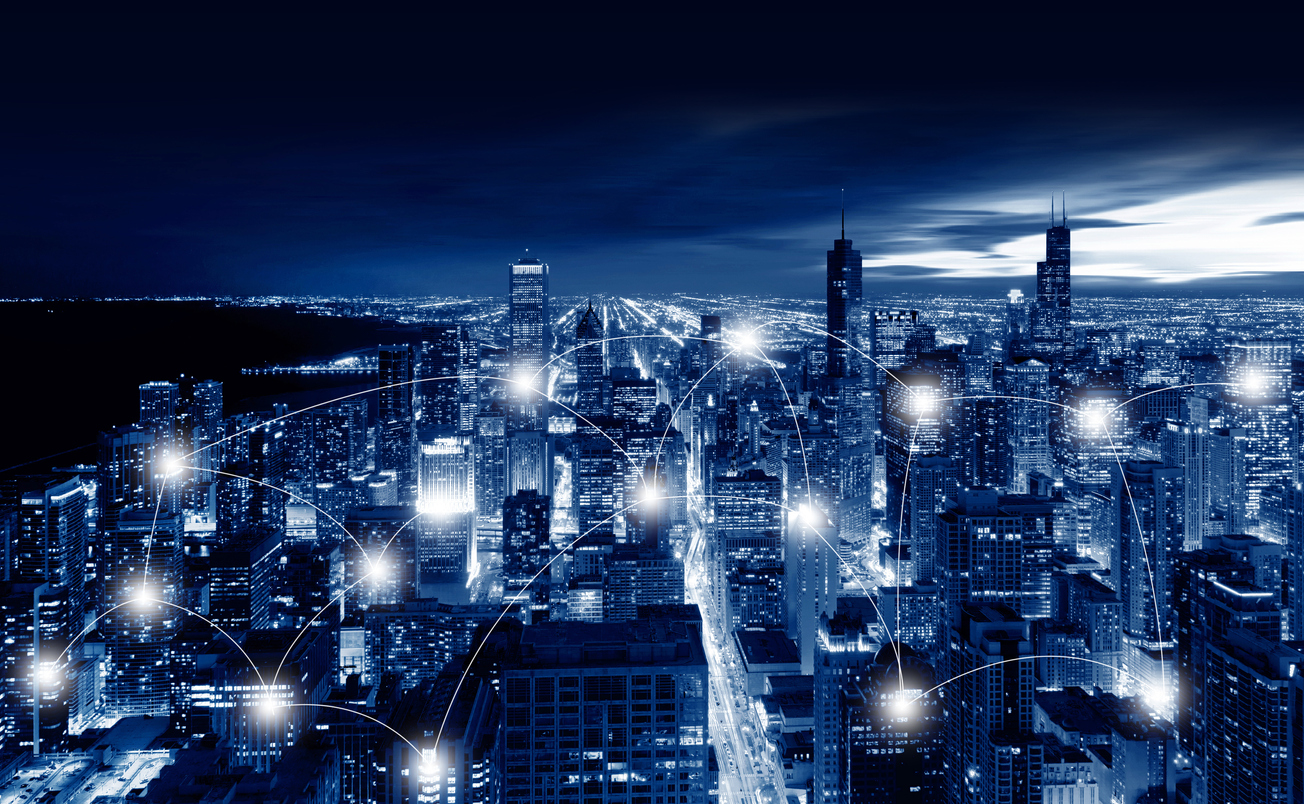 Our earlier debt market update noted lenders, management teams, and private equity owners spent the first few weeks of the coronavirus shutdown focused on liquidity.  Thus far, companies have done what they can to bolster their cash positions in order to weather the current market disruption, ranging from options like deferring principal amortization payments and stretching payables.  Many non-sponsored businesses are awaiting funds from the Paycheck Protection Plan to be deposited, while countless more anxiously await the program’s expansion.

Now that the broadly enforced social-distancing measures have managed to elude the worst-case scenarios shared just weeks ago, dealmakers across the industry are asking when and how M&A and financing activity will resume, even if in a modified state.

Recent conversations on our end have turned to the Great Financial Crisis (“GFC”) of 2008 and 2009, hunting for clues as to what may be in store for us today.  Once analyzed, however, the stark differences between the two become clear:

The first thing that jumps out is how different the lead-up was for each of the two periods. The seeds of the GFC began to sprout in the summer of 2007 as subprime mortgages and the CDO’s based on them began to show weakness.  More than six months later, in March 2008, Bear Sterns was bought by JPMorgan.  Then another six months later, in September 2008, Lehman, Merrill Lynch, Wachovia, and Washington Mutual all crumbled within days of each other.  Fast forward to today, where our first hint of the coronavirus arrived in late December 2019 and was not taken all that seriously by most until February. Soon after, in a matter of weeks, seemingly the entire country, and large swaths of what had been a generally healthy economy, shut down.

On a positive note, unlike the GFC, most of today’s larger financial institutions are quite robust and well-positioned to support businesses through the downturn, leading many to hope the recovery may be just as swift as the marked drop we’ve experienced these last several weeks.

In order to demonstrate the relative pace of the two periods, the charts below compare an index that tracks secondary prices for the largest leveraged loans. During the GFC, the index began its decline in mid-2007 but did not bottom out until 18 months later near the end of 2008.  More recently, we saw a similarly dramatic decline in the LPC100 (largest 100 syndicated loans), but the drop occurred over a matter of weeks as opposed to months. 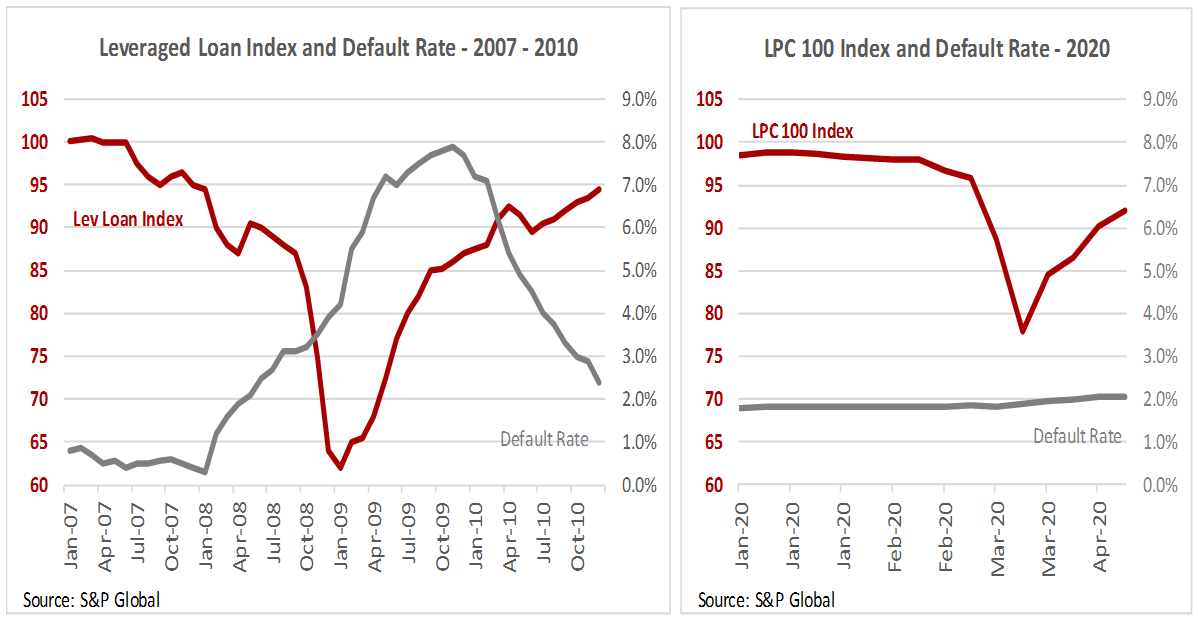 What will be interesting to watch is whether the rebound seen in the LPC100 the last two weeks is sustainable as defaults will almost certainly rise in the coming months.  We expect the default rate to grow when first and, more likely, second quarter covenants are measured.  Due to the prevalence of covenant-lite structures, the actual default rate will not likely reflect deterioration in many credits.

During the GFC, the index bottomed out after the default rate grew to approximately 4.5% after a prolonged period below 1%.  The index continued to rise even as defaults nearly doubled during 2009. In contrast, the suddenness of the index decline we saw over the last month took place before any meaningful increase in defaults or softness in financial performance.  Will investors shrug off the coming wave disappointing quarterly results? Or is a second decline in the index looming in the near future?

According to Refinitiv LPC, during the GFC it took 329 days for the LPC100 index to move from above 90 cents to below 80 cents and then back above 90 cents.  This time around, the same round trip took 26 days.  Public flows in and out of Loan ETFs and mutual funds over the last weeks have been fairly muted, suggesting that much of the buying activity driving up the LPC100 was from private firms sensing an opportunity to deploy capital at attractive returns.

While these indices track the large end of the loan market, they are all we can look to as the middle-market is virtually shut down.  However, extrapolating on the recent rebound in the LPC100, we expect the same strong desire to invest capital will be present in the middle-market from both buyers and lenders once deal flow resumes. Our conversations over the last few weeks suggest private equity and private debt firms, collectively sitting on hundreds of billions of dollars of dry powder, are hyper-focused on deploying capital, with many seeking to do so opportunistically.  The question is, what is it going to take to get investment committees to approve new investments?

Financial projections hold the key to deal activity resuming.  Owners and management teams will need to present defensible projections that buyers and lenders can support as they will help formulate and normalize valuation expectations and leverage capacity.  These projections obviously encompass a broad range of topics, many of which will be open to interpretation and disagreement.  In addition to the details traditionally included in middle-market transaction projections, we expect buyers and lenders will require additional detail including:

As deal flow picks back up, we expect financial projections presented to buyers and lenders will face additional scrutiny.  The typical growth, base, and downside cases will likely be augmented with additional analyses that reflect this new environment.  However, we expect owners and management teams who can credibly present their business through this new lens will benefit from increasingly pent up demand from buyers and lenders.