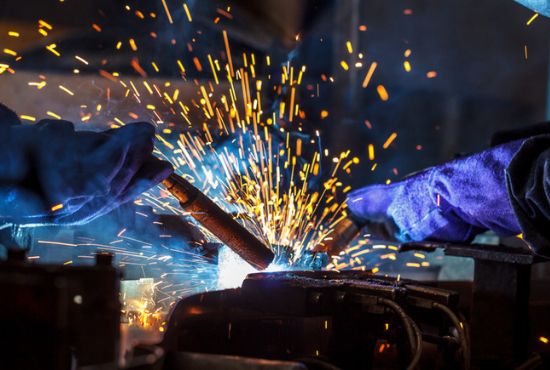 When initially assessing the attractiveness of an acquisition opportunity, most corporate purchasers within manufacturing will apply some form of margin assessment, be it at gross margin level or further down the P&L / income statement. Based on the regular conversations we have with major mainstream manufacturing companies; a typical buyer test would be: “It needs to be at 20% EBITDA or have a route to that level of profitability as part of our group.”

In highly technical fields, a gross margin target is sometimes adopted instead as targets may be small but have to address global markets which can skew EBITDA, while gross margin allows the buyer to look at the fundamental attractiveness of the product to the customer without the noise of the overhead base and most differences in accounting policies. High gross margins suggest technically differentiated products that the customer values and a degree of barrier to competition.  Here the message may be: “Targets need to have a gross margin of approaching 50% to be attractive.”

Two different approaches, but both carry the same underlying assumption: that the buyer will be able to enhance profitability through its ownership.  In the former, the buyer is saying (‘our group can marginally improve EBITDA’).  In the latter, the assumption is more brazen (‘Don’t worry too much about overheads. That will all change once the product set has the benefit of our structure’).  But is that assumption fair?

Reliable data is hard to come by as, in most geographies, smaller private technical manufacturing businesses have a lot of leeway in what income data they report.  In addition, smaller businesses may be investing a higher level of income back into the business as they grow and/or are looking to limit reported profit for tax purposes.  But, if bigger is generally better, that should carry through to the public markets to some degree as well.  As a proxy, if we look at the EBITDA and gross margin profitability of the largest and smallest public companies in a single market we should see some differentiation if scale does drive greater profitability.

Let’s look at the UK.

As the graph below shows, at writing, the average gross margin of the seven pure technical manufacturing companies in the FTSE 100 (the index of the 100 largest companies on the LSE by market capital) is 37%, with an average EBITDA margin of 12% (historic) to 15% (current year forecast).  These companies have market capitalizations of between £2.5bn and £20bn.

If we contrast that to the same averages for the 17 pure manufacturing companies on the FTSE Small Cap register, which have market capitalizations of between £250mm and £600mm, we see the larger corporates gaining no consistent benefit in terms of margin at either level, despite being on average 10x larger. 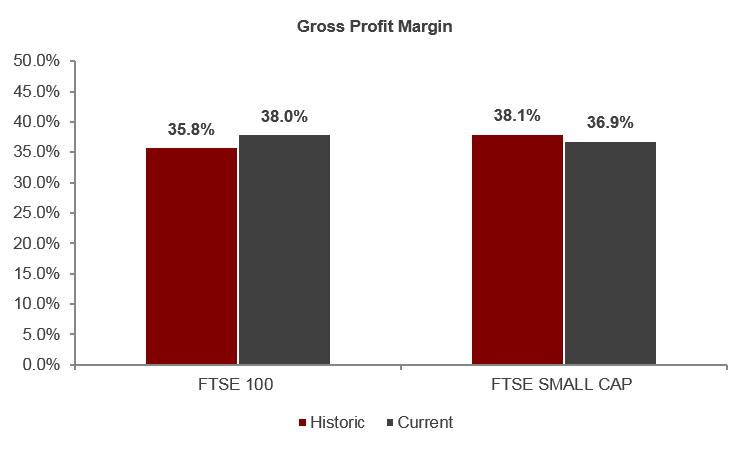 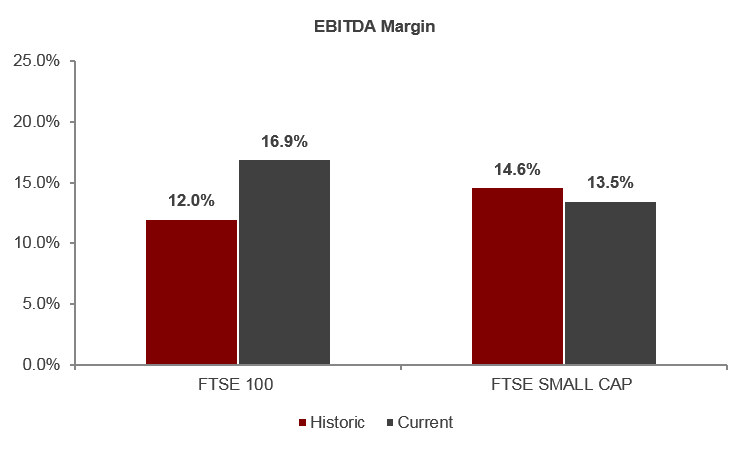 Livingstone has established a very strong business advising companies in high-value manufacturing sectors such as sensors & controls, analytical equipment, and defense & aerospace across Europe and the US.  In managing the sale process, we are always aware of the potential benefits the buyer will be able to generate through the acquisition and endeavor to secure as much of that incremental value for our clients as possible.  These ‘Big Company Benefits’ typically include:

But not all these points will be relevant on any given transaction and they must be planned and carefully managed to be delivered.  In addition, as with Goliath, David also has his advantages in driving the profitability of his business:

These factors are not reasons for a buyer to believe profitability may drop after acquisition, but if they are not properly recognized and planned for they will be starting on the back foot.

Some corporates look to avoid this risk by simply only acquiring larger businesses (say, north of $100mm revenue); where the differences between their model and that of the target will have been reduced by its increased scale, but that model prevents them from leveraging their sector knowledge to access high-growth niche markets early and results in them paying higher multiples for the deals they do. By the time a US or Western European manufacturing company gets to $100mm in revenue, they will have had their door knocked by more than a few suitors and advisers, and a managed auction is almost inevitable.

As a way to be able to access these high-margin and high-potential targets at an early stage, while still limiting the risk of losing some of the profitability benefits of independence, the more enlightened acquirers in our processes typically look to do two things well:

First, do no harm: allow the business to continue to run on a largely standalone basis for a period while they understand it and how the current team pulls the levers to deliver better performance.

Keep it simple, stupid: limit their synergy aspirations to no more than two or three initiatives, but focus on signaling those to everyone early and delivering them really well.  For example, changing the target’s international sale channels from a via distribution model to direct sales is in itself a very significant project (and therefore a risk).  Combining that with additional initiatives, such as changing a major business system in the first 18 months, is almost guaranteed to lead to customer dissent…and yet we see it all too often.

In short,small manufacturing businesses are frequently very skilled in optimizing their profits and, before layering on synergies, purchasers should look first to understand and accommodate how the target managers deliver the existing profitability, and perhaps even how some of those practices can be maintained and spread through their other operations after purchase to add some small company bite to their big company bark.