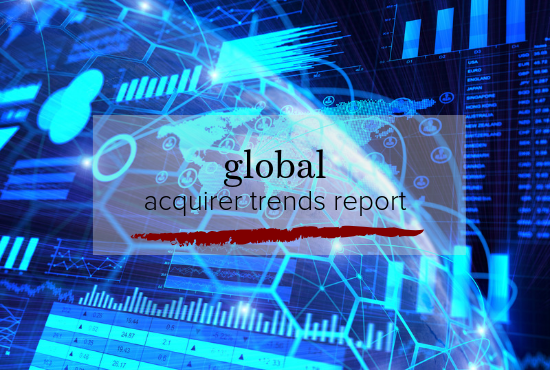 Perhaps the most remarkable thing about the second half of 2017 was that most of the global economic news stayed positive. The American, German, UK and Swedish economies all continued to grow, and Spain began to shrug off its long recession.

Despite Catalan separatism in Spain, the United Kingdom’s continuing crisis over Brexit, the inconclusive German election, the rise of the alt-right in Austria and Germany, the Korean nuclear standoff, and an unsettled and deeply polarized US political landscape, midcap merger and acquisition transaction volumes stayed strong worldwide.

Overall, H2 2017 wasa strong half for M&A activity. In the Americas (predominantly the US), domestic deal volume rose sharply from 2,000 in H1 to 3,065 in H2. Overseas in-bound interest also grew, as the number of deals increased from 547 to 735. Of that overseas money, nearly half (354 deals) involved European buyers, up from 222 in H1. In Europe, Nordic deals climbed to 645 from 454, reflecting strong fundamentals in the north. Perhaps surprisingly given the uncertainty around Brexit, deals in the UK and Ireland rose to 907 from 780.

The Spanish and DACH markets also stayed active. Despite January’s stock market scare, we remain optimistic about the 2018 outlook for middle-market M&A. In addition to low unemployment and other strong economic fundamentals, several other drivers favor midcaps as well. The much-lauded ‘synchronicity’ of the world’s key economies – the US, Europe and China – as they all experience significant, and seemingly sustained, GDP growth.

None of this is to discount the possibility of a geopolitical or macroeconomic crisis – the market’s renewed volatility is a timely reminder that sentiment can change quickly – but looking at the strong fundamentals for midcap M&A in most of the markets in which we operate, we see many reasons for optimism.

Global Acquirer Trends is a bi-annual report focusing on M&A activity across key international markets. For the full report, click in the link below.