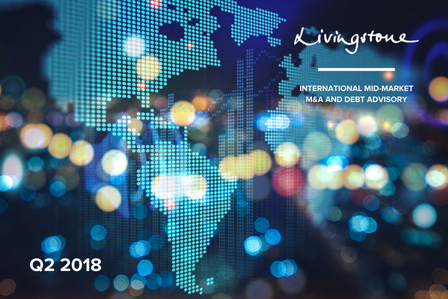 In general, the atmosphere for dealmaking stayed positive in the second quarter, maybe even a little frothy, as investors searched for the best way to profit from today’s many technological innovations and fast-growing markets. Peculiarly, however, even with economic indicators as strong as they have been in years, nationalistic populism continued to gain momentum. At times, this made the news seem as if it were not just from different points of view, but a different era.

As the American economist Herbert Stein famously noted, “If something cannot go on forever, it will stop.” In this case, the standoff between global trade and investment and anti-global populism can’t continue indefinitely. Either politicians will get the crisis they seem to wish for or the underlying strength of global business will keep making the world a little wealthier.