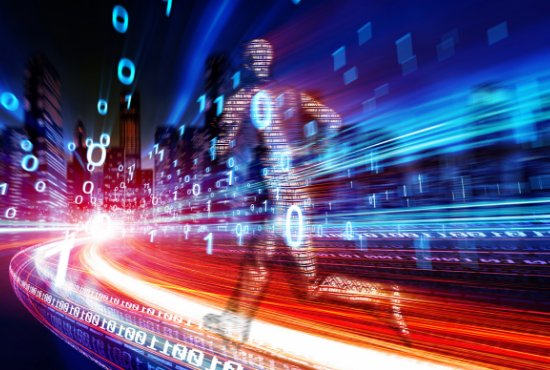 In looking at player bases, viewership, and prize money of the five most popular e-sports games, there is clear evidence that there’s substance behind the hype. Professional sports organizations, sports team owners, and large corporations such as the NBA’s Philadelphia 76ers, and the Denver Nuggets (and its owner Stanley Kroenke); the NFL’s Los Angeles Rams; the NHL’s Colorado Avalanche; and the Kraft Group, owners of New England Patriots and Comcast, among many others, realized this a few years ago when they each bought or established e-sports teams. In this article, we’ll explore what has drawn these sports behemoths to the world of gaming and e-sports.

Epic Games, the makers of the wildly popular battle royale game, Fortnite, played by a staggering 125mm unique players as of June 2018, announced in May that it will provide $100mm in prize money during the game’s first season of competitive tournaments. That may sound like an extremely large amount of money, however, when you consider the game took in $126mm in revenue in the month of February alone, it’s no longer excessive. In addition, if you had any doubts regarding a game’s ability to reach the mainstream, Epic Games hosted a charity tournament at E3 this year for which a number of high profiles celebrities such as Marshmello (DJ), Paul George (NBA superstar), Pete Wentz (singer of Fallout Boy), and Joel McHale (actor) competed in the games.

While Dota 2 is the second largest game of the popular moba genre, its annual tournament, The International, is by far the largest e-sports tournament in history. Held every August, this year’s prize pool amounted to a whopping $25mm; awarding the first-place finishers slightly above $11mm. The International drew nearly 15mm unique viewers this year, which is even more impressive considering the game averages between 750,000 and 900,000 unique players on any given month.

What the most popular game in the moba genre, League of Legends, lacks in prize money, it makes up for in viewership. The World Championship in 2017 was viewed by 60mm people world-wide. The game’s most popular market, China, accounted for 98% of those viewers; lending rationale to China’s tech behemoth Tencent’s acquisition of the game’s creator, Riot Games. As for the player base, League of Legends has over 80mm monthly players, and 27mm who play daily.

Blizzard Entertainment, creator of several legendary games such as World of Warcraft, Diablo and Starcraft, have broken ground in their latest title release, Overwatch.  With an impressive 40mm player base as of May 2018, Blizzard Entertainment created a league that replicates the model of traditional North American profession sports. The league has regular season play, rather than the “promotion-and-relegation” method used in other e-sports. Furthermore, the teams are city-based franchises (London Spitfire for example), and players signed to teams are assured a minimum salary, benefits and revenue-share. The first Grand Finals of the first season, which aired on ESPN, was watched by over 50mm people for a total of 87mm hours watched.

The oldest of the five games, Counter-Strike: Global Offensive, will be celebrating 20 years next year, and is still as relevant as ever. Although not as popular as the other games, it still averages around 500,000 players each month and compensates for its lower player base with its viewership numbers. Arguably the most fun game to watch, the Major (equivalent to a world championship held several times a year) that took place in January 2018 was watched by nearly 65mm people around the world amounting to approximately 108mm hours watched.

The future is bright

The viewer base for e-sports, which is projected to amount to 380mm people this year, and is set to grow to over 500mm by 2021, makes for formidable audience size. Several blue-chip brands have started marketing towards this gigantic viewer base, such as IBM, Coca-Cola, Intel, and LG. While brands are spending a modest amount of marketing budgets on the e-sports market, it is still a market in its nascent state as “only” $694mm will be spent by brands in 2018 – an increase of 48% from the previous year. With the same trajectory, the total overall spend on the e-sports market will reach $1.4bn by 2021.

Another growing aspect is influencers. Players and viewers have followed e-sports celebrities to social media, and some of these celebrities have amassed quite large followings. Perhaps the most well-known and famous name is Tyler “Ninja” Blevins, who has 10mm followers on Instagram. There are plenty of other names who aren’t far behind on, what is another highly feasible, marketing channel.

We are optimistic about the future potential of e-sports. Many of the popular games are already reaching the mainstream and all indicators point towards continued growth in viewers, influencers, and revenue streams. While some blue-chip brands are already tapping into this potential, the market is still emerging and should enjoy explosive growth in the coming years. With a large viewership base already in place, the key next step is to create viable marketing strategies to unlock the full value of this market.