Who benefits most from digital transformation? 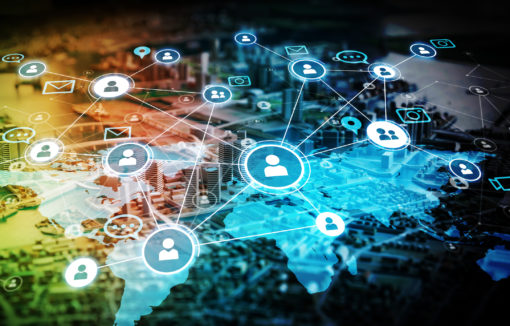 With every major technological leap, fortunes are won and lost simply because some people are quicker than others to understand the nature of the change. At the dawn of the PC era, for instance, IBM all but gave away the right to program PCs to Bill Gates, as the firm remained convinced that hardware, not software, was where the big money would continue to be made in computing.

Now another technological transformation is underway worldwide, as companies digitize their operations. Most executives agree this will increase their insight into their business and its efficiency to a level never before considered possible. But how it will change the nature of their competition is not yet well understood.

This is even true within IT services. Overall, this evolutionary leap is likely to be a bonanza for the industry. The tech research company IDC estimates that IT services spending will rise from $1.3tn in 2017 to $2.1tn in 2021. More than two-thirds (69%) of CFOs and senior financial executives confirm that they are planning to increase their investment in digital technologies that speed business change, and four in 10 said they plan an increase of more than 10% in the next 12 months, according to a recent survey by Grant Thornton, the accounting firm.

But once again, the gains are unlikely to be shared equally. With so many startups vying for attention and so many development options being tried, it’s unclear which service firms will have the advantage.

In the short run, specialist firms may be the biggest beneficiaries, because some verticals are moving more quickly than others to adopt the new technologies. For example, four industries are expected to dominate spending this year: Discrete manufacturing ($214bn), professional services ($133bn), process manufacturing ($132bn), and transportation ($127bn). However, other industries are slated to spend more over the next five years, including construction, retail, and healthcare providers.

It should be noted, however, that the size of near-term investment in a sector may be more of an indicator of competitive intensity within the vertical than the long-term prospects of the client, particularly if one competitor is far ahead on the digital learning curve. In retail, for instance, many companies are having to invest large amounts now simply to keep Amazon from making further gains at their expense.

Longer range, the winners get less certain. A few years ago, for instance, Software as a Service (SaaS) firms were supposed to take over the world. It turned out, however, that they created a new kind of managerial complexity instead, and IT departments and consultants are as busy as ever.

For similar reasons, scale is likely to continue to matter. The nature of IT development has changed – today, upgrades are typically made by many small teams at once, rather than organized as a single gigantic project – but still require many programmers overall. At the same time, however, the nature of the digital economy is making it easier and cheaper for small firms to create a compelling offer or to redesign their product to match a shift in the market’s needs.

Within companies, IT departments are likely to become leaner, as more programming is sent to traditional external providers and low-code modular providers such as Mendix make it increasingly easy for “citizen developers” – people within the business but not part of the IT unit – to develop what they need by themselves.

In the end, how providers’ roles evolve may come down to how well they manage the one constraint in the equation that won’t be changing at Moore’s Law speed: the human brain. Machine learning and automation may take over more and more tasks from developers, but certain facets of the work will not be easy to automate entirely. In the short run, at least, how well providers can engage with their clients, and how efficiently they manage their hives of activity in their offices and webs of external partnerships outside their company walls, will continue to be crucial differentiators.

This article appears in our Global Media & Technology report. Access the article here.