The future for IT integrators 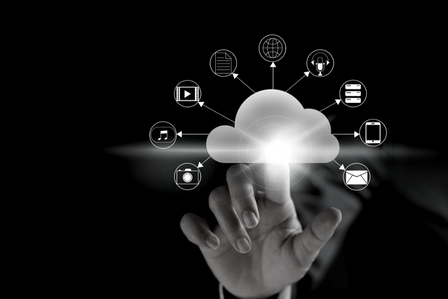 This might look like a one-time bonanza for third-party IT players, but this is no Y2K. Instead, we think it marks the beginning of a new and better era for IT services. This sector looks big already, and it’s about to get even bigger.

Virtualizing IT processes presents a number of advantages to companies. The most immediate gain is simplification. GE, for instance, anticipates that shifting its computer services to the cloud will enable the company to reduce its data center footprint from 24 centers to only four, according to a recent Forrester report.

Organic growth becomes easier if you’ve moved your IT to the cloud. A cloud platform turns more of the IT budget into a variable cost, making expansion easy. Planning becomes simpler too because you can see the needs of your operations more clearly than when they are scattered across dozens of legacy systems and hundreds of servers. Finally, such consolidation can make analytics simpler to execute.

Inorganic growth gets somewhat easier too, for two reasons. First, you can see the gaps in your operation more easily, and that can give you a clear idea of where a partner or an acquisition might be helpful. Second, once a deal is made, systems can be integrated much more quickly, as porting similar programs between clouds is easier than if the target company’s processes are dispersed, particularly if they are running different instances of the same program.

We are optimistic that this growth will continue for several reasons. First, many companies are moving to the cloud in two phases. Initially, they plan to simplify existing processes and conduct a “lift and shift” operation that virtualizes them. Second, they intend to take advantage of the transparency of the new services to look for ways to simplify their IT operations.

However, the bright prospects of the industry don’t necessarily mean that IT services will be another winner-take-all sector.

Although the biggest IT integrators are still growing, we believe it’s a mistake to view the industry as one in which scale will inevitably win out. In the end, IT integration is a high-end consulting business. For the next decade, at least, we believe there will always be opportunities for companies with special knowledge of a sector or deep capabilities in a special technology. Especially if as expected IT becomes a more and more crucial part of every business, deals will continue to be won on the basis of skills and expertise, not wage arbitrage.

In addition, the virtualization of so many processes means that the pace of change will be even faster. That’s a tough dynamic for companies seeking to maintain a competitive advantage, but good news for IT integrators. Investors have not been keen on IT services of late, largely because the major players’ margins are starting to contract as the space matures. If you’re an IT services firm and the timing is right for an exit, your best bet is most likely not an IPO but a sale. Strategic and PE buyers have bid aggressively for differentiated players in this space and there is still a significant appetite for more.

As an IT integrator, you should be asking yourself four key questions:

Beyond ‘Lift and Shift’

The popular image of the cloud might suggest that IT is simply going to disappear, receding into a ubiquitous always-on commodity most companies will no longer need to think much about, like water or electricity. In fact, although there are parallels, the growth of large-scale cloud storage marks a moment when IT becomes even more crucial. What we are seeing is nothing less than a fundamental change in how businesses create and maintain value – and IT integrators will be part of that process for some time to come.