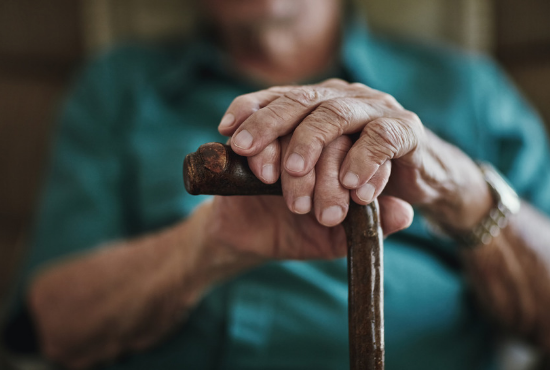 The private healthcare sector is in good health and demonstrating rapid growth in Spain.  Macro factors driving this growth include increased life expectancy, a wealthier community of older people, and changes in the lifestyles of families, with more geographic mobility and a greater incorporation of women in the workforce.

These factors have contributed to a growing population with health issues, including chronic and degenerative diseases that require continuous and often intensive care.  However, this same population has a greater capacity to seek out and pay for the best treatment and care available, just as the public system is coming under strain.

The combination of the above has driven significant growth in both private hospital and elderly care homes. Because of this growth, consolidators, often backed by financial institutions, have resulted in a very active acquisition environment in recent years.

Private Equity (PE) firms have identified a growing niche in Spain: Elderly care. Longer life expectancy (Spain’s life expectancy is the highest in Europe and is projected to be the longest in the world by 2040), lower birth rates (the third lowest rate in Europe), and changing family structures are already impacting the sector.  Spain has 376,000 elderly home beds, of which 75% are privately owned and operated.

This amount is vastly insufficient. An aging population will demand much more accommodation than currently available and consequentially, investment activities will increase in the near future. Foreign financial players have started, though still timidly, to enter the Spanish market with buy-and-build strategies.

Investment activity since 2015 has amounted to more than €2m. Most recent transactions from PEs include the acquisition by CVC of Vitalia Home (€238m) from Portobello Capital, the indirect exit of PAI Partners from Geriatros-SARquavite after acquiring the group from Magnum Capital in 2015, the divestment of Gala Capital’s stake in La Saleta group, and the acquisition of Casa de Reposo San Onofre from ITA Salud Mental, a Magnum Capital subsidiary, where Livingstone Partners acted as advisor to the sellers.

In addition to acquisitions, there is still room for greenfield building of additional facilities.  Spain already has one of best life expectancies in the world (82.9 years in 2016), but by 2040 is estimated to have the longest life expectancy in the world.  Despite this, Spain has far fewer beds than the European average, and if it is to meet the World Health Organization’s recommended number of beds for the population above 65 years of age, it will almost need to double the existing stock.  The combination of consolidation opportunities and the underlying growth requirements in the sector have driven the interest of both financial sponsors and large industrial groups alike.

In the last few years we have seen mergers of large-scale operations occur such as the merger of UPS Hospitales (Dounghty Hanson) and Grupo Quirón (CVC) and the subsequent acquisition of the new group by Fresenius Helios for €5.8bn. Additional examples of recent PE activity in the Spanish sector include (i) the acquisition of Infanta Leonor hospital in Madrid by the Dutch infra-fund DIF, (ii) the acquisition by Magnun Capital of Virgen de la Caridad hospital in Murcia and (iii) the exit of ProA Capital from Hospital de Llevant.

Health systems and elderly care are just two sub-sectors within healthcare that represent opportunities in the Spain market. Fast developing technologies, personalized healthcare, greater consumer awareness, and the benefits of scale are all combining to offer compelling grow stories to investors across the sector.

Further examples can be seen in ophthalmology.  Clínica Baviera has been the biggest and most known transaction in the sector, firstly incorporating PE and family offices into its shareholding, helping the business to grow, and subsequently selling a majority stake (87%) to the Chinese buyer, Aier Eye.

Other companies have established themselves in the space as well and there continues to be significant interest from investors in developing platforms to boost growth.

Infertility clinics have also established a great reputation in Spain, led by the IVI, which grew nationally and internationally before merging with the US Company RMANJ in order to expand even further its geographical footprint.  And in Barcelona, Proa Capital took a stake in the highly regarded Clínica Eugin, which was subsequently sold to NMC Health.

Furthermore, dental clinics have also seen a great deal of activity both as generalists and as specialists. Portobello Capital has quickly built a major dental clinic group called Vivantia, through the acquisition of 6 separate businesses, and now controls nearly 300 dental clinics.  Even when certain transactions fail, as was the case with Vitaldent, the fundamental, underlying strategy remained valid, and Vitaldent was acquired by JB Capital Markets, run by Javier Botin for €18.5m in 2017.

One further area that will attract further attention of both corporate and financial investors is the deployment, integration and running of IT-based systems within the healthcare industry. Hospital internal connectivity, e-health remote monitoring, and outsourced specialist services are all fast-growing, sophisticated sub-sectors with good margins and high barriers to entry and are key building blocks of investment theses for financial investors.

As evidenced above, the healthcare industry is set to remain a highly attractive sector for many years to come in Spain.