Steps the UK Market Can Take To Embrace Industrial Automation 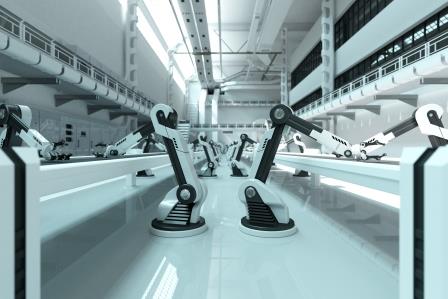 With UK manufacturers facing serious challenges including energy, wage and raw material inflation alongside continued uncertainty around the impact of the protracted exit from the European Union, it is imperative that productivity and efficiency increase to ensure competitive positioning is maintained.

Implementation of industrial automation technology has been proven to significantly enhance manufacturing efficiency, increasing the consistency of output and deliver improved safety standards. Worryingly, the UK currently trails other developed economies in this area. A recent study by the International Federation of Robotics (IFR) illustrated the UK is in danger of being left behind when it comes to adopting automation technology and robotics in its manufacturing practices. 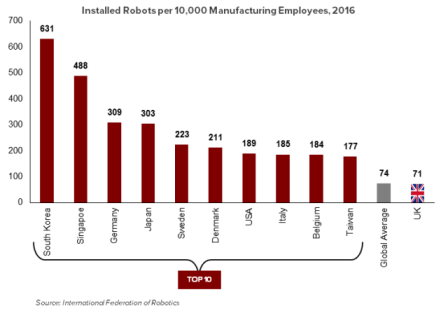 When measuring robot density, the number of installed industrial robots per 10,000 employees in the manufacturing industry, the UK ranks 22nd in the world with 71 units compared to a global average of 74. The top ranking countries, Singapore and South Korea, have robot density of 631 and 488 respectively, a stark contrast.

Germany leads the way in Europe with over four times the density of the UK; it is no coincidence that Germany’s productivity is far superior.  The low level of penetration is surprising given the country’s strength in industries where robotics is particularly relevant such as automotive and aerospace manufacturing. Given its rich engineering history, world-leading universities and research centers, the UK should be at the forefront of industrial automation technology rather than lagging behind.

The UK may currently be trailing in this global shift, however there are examples of highly innovative UK businesses developing and, crucially, commercializing highly specialized robotics technology such as Sewtec (automated manufacturing and packaging systems), Tharsus (robot design and manufacture for leading brands such as Ocado) and The Shadow Robot Company (advanced anthropomorphic robotic hands). These firms, and others like them, are forging the way in the UK.

The technical capability and entrepreneurial ambition behind them coupled with a structured government program could enable the UK to close the gap.  Though industrial automation is starting to become a focus of government policy, incentives and support remain in short supply in comparison to elsewhere in the world, which immediately puts the UK on the back foot.

The taxation system could be employed to encourage the adoption of sophisticated automation technology in the same way it has been used for research and development. It is important the policies not only apply to capital equipment but also extend to money spent on training and development of employees; this will ensure that there is an adequate supply of skilled labor to operate and maintain the modernized equipment base. Robotics is being embraced in manufacturing across the globe and delivering significant benefits. To remain competitive the UK can, and should, do the same.