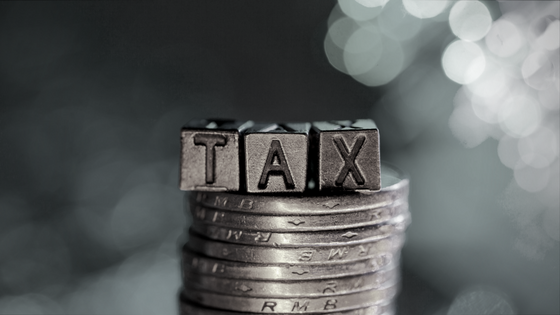 In 1789, Benjamin Franklin wrote “… in this world nothing can be said to be certain, except death and taxes.” Over two centuries later, his words still ring true.

In the 1920s, federal investigators worked for years to build a criminal case against world-famous Chicago crime boss Alfonse “Al” Capone. Al and his associates were known to be involved in a wide range of organized crime that included gambling, prostitution, racketeering, extortion, and countless murders. Despite prosecutors’ best efforts to convict Capone for these offenses, tax evasion was the only charge successfully pinned on the gangster.

No one likes taxes, but if Capone couldn’t find a way to avoid them, what chance does the average business owner have of doing the same? This fact is especially pronounced in the context of selling a company, when increased tax compliance scrutiny is performed by tax experts on the buyer’s behalf. Accordingly, the third post of the Deal Breakers series covers a topic relevant to every company: making sure all taxes are paid when due (and in advance of a buyer’s confirmatory diligence).

Which taxes is your business subject to?
Though every business owner knows taxes should be paid, few are tax experts. Who can blame them? Though income taxes (or the requirement to pay them) are generally understood by most business owners, they only “scratch the surface” of potential tax obligations. Non-income tax categories include franchise, sales, use, value-added tax (“VAT”; applicable in certain international markets), employment (e.g., Social Security, Medicare, and federal unemployment), property, and excise taxes. Reporting requirements for each tax type vary.

Using sales tax as an example of tax environment complexity, the United States comprised approximately 12,000(!) distinct state or municipal sales tax jurisdictions in 2016, up from approximately 10,000 in 2014. On a state-by-state basis, the number of jurisdictions varies widely. New Jersey has just 2 jurisdictions, whereas Texas has over 1,500. Each jurisdiction has different rules regarding which items are taxable, at which rate, and at what dollar threshold. Importantly, sales taxes are the consumer’s liability, but must be collected and remitted by the business recording the sale based on the sale amount and jurisdiction in which the sale was made.

Complicating matters even further, a business’ exposure to sales tax also depends on its nexus assessment, which determines whether the company has sufficient physical presence in a jurisdiction to require that it remit sales taxes therein. Nexus rules vary, but can be triggered by doing one or more of the following in a jurisdiction: owning or operating a physical location, employing or compensating persons, advertising, delivering tangible property, owning or franchising operations, and owning tangible personal property or inventory.

For businesses that generate revenue across multiple state, local, and/or international jurisdictions, it’s easy to understand how certain tax obligations could be overlooked. Even well-intentioned business owners can be caught off-guard by certain less obvious, but no less applicable, taxes.

In practically all cases except for asset purchases, the purchase agreement that governs deal terms also stipulates tax treatment and responsibility both before and after the sale of a company. With few exceptions, the sellers are responsible for all tax obligations related to the pre-closing period until the applicable statute(s) of limitations is (are) reached. This language is often referred to as the “my watch, your watch” clause in the purchase agreement. Conversely, all tax obligations for business activities after closing are the buyer’s responsibility.

What happens if you don’t pay your taxes on time?

Business structure matters in determining tax obligations. Filing obligations differ based on the entity type (e.g., limited partnerships, limited liability companies, S corporations, and C corporations). For example, estimated income tax payments for C corporations are due quarterly and almost always before a return is actually filed. Because the fiscal tax year is not completed when these payments are made, the due amount is estimated and trued up at the end of the year. The IRS assesses penalties (and charges interest) for paying these taxes late. These penalties fall into two distinct categories (although other penalties can be imposed for negligence, substantial understatement of interim tax payments, reportable transaction understatements, and fraud):

Hire a qualified tax advisor. An independent, third-party tax consultant is in the best position to audit the status of your historical filings and ensure compliance with appropriate codes. The advisor can compare company filings to the requirements of jurisdictions in which the business operates or sells products and services to check whether any obvious omissions exist. This check should expose any findings a buyer would typically uncover during standard diligence.

Based on your advisor’s findings, be prepared to pay any outstanding taxes. Know that certain penalties and accrued interest may also be applicable, but dealing with these before closing will be significantly easier than after closing, particularly in cases with more than one selling shareholder.

Establish accounting systems and procedures that allow financial performance to be reported on a jurisdictional basis. Most tax obligations are governed by geographic boundaries. Companies that generate sales across boundaries should set up their accounting systems to capture information accordingly (e.g., revenue by city, county, and state). Organizing systems this way can simplify a business’ ability to appropriately bill customers for all applicable taxes and submit all appropriate tax filings on time in the future.

Modify billing/invoicing practices to charge customers for all applicable taxes. Once a business has a capable, automated accounting system in place, all applicable taxes should be passed through to its customers. In this way, the business’ out-of-pocket future tax obligations will not increase. This is an important step to ensure the company’s cash flow (which impacts valuation during a sale process) is not impacted by these “new” taxes. Third-party software solutions can simplify this process by integrating with a company’s billing and accounting systems to automatically bill for and track these taxes.

Maintain detailed records. Business owners should maintain all accounting records for a period at least matching in duration with that of governing statute(s) of limitations. In general, the statute to audit a filed return is 3 years, unless there is substantial (>25%) understatement of gross income, which increases the period to 6 years. If a business fails to file a return, there is no statute of limitations, which also applies to false or fraudulent returns. The IRS is usually limited to 10 years to collect assessed taxes. Record retention requirements should match the relevant statute, although some accounting firms recommend 7 years.

File early and often to lower (or entirely avoid) late fees and penalties. Stating the obvious, the best way to avoid paying late fees is to file and pay taxes on time, including estimated payments when applicable. Since every business always qualifies for an automatic extension upon request, many accountants and tax attorneys recommend routinely filing for an extension during the first week or two of a new fiscal year.

Death will come for you eventually… but taxes don’t have to. While tax issues are often one of the least understood “deal breakers”, they are also one of the most avoidable. Al Capone failed to pay taxes for his business ventures (albeit illicit in nature), which ultimately caught up with him. In 1931, he was found guilty on 22 counts of income tax evasion and was sentenced to 11 years in prison. While noncompliance today may not result in an extended stay at (the equivalent of) Alcatraz, all business owners – but especially those considering a sale – should proactively pursue tax compliance to avoid fines, penalties, and potential prison time. For sellers, up-to-date compliance reduces the number of potential concerns once buyer due diligence begins.

For anyone who missed the first two Deal Breakers posts, they introduce the series and discuss hiring and employment topics related to undocumented workers.

Special thanks to Brian Beglin, CPA, a tax professional with 12 years of relevant work experience who reviewed and commented on this blog prior to its posting.