Blockchain 101: Everything You Need to Know About Blockchain 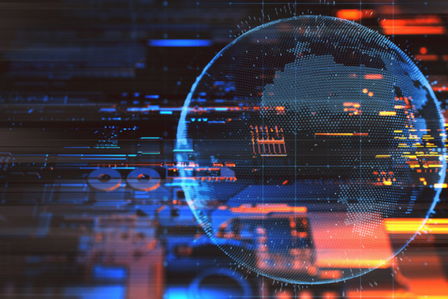 The blockchain is an undeniably ingenious invention – the brainchild of a person or group of people known by the pseudonym, Satoshi Nakamoto. But since its inception, it has evolved into something greater, and the main question every single person is asking is “What is blockchain?”

Almost everything we do, whether it’s getting ill, buying a house, using a credit card, voting, traveling by car, or using public transport, involves the creation and movement of data.

Blockchain is a new way of storing and moving that data, where instead of being held all in one place, the information is atomized and spread over thousands of nodes across a network, all locked together with clever cryptography.

The way databases work today is similar to the traditional way of sharing documents – sending a word document to another recipient for revision and waiting for them to make the changes. Until you receive the newly updated copy of the document, you cannot access the document. Similarly, when it comes to databases, two owners cannot mess with the same record at once.

Picture a spreadsheet that is duplicated thousands of times across a network of computers. Then imagine that this network is designed to regularly update this spreadsheet automatically and you have a basic understanding of blockchain technology.

Information held on a blockchain exists as a shared — and continually reconciled — database. There are benefits. The blockchain database isn’t stored in any single location, meaning the records it keeps are truly public and easily verifiable. No centralized version of this information exists for a hacker to corrupt. Hosted by millions of computers simultaneously, its data is accessible to anyone on the internet.

By allowing digital information to be distributed but not copied, blockchain technology created the backbone of a new type of internet. Originally devised for the digital currency, Bitcoin, the tech community is now finding other potential uses for the technology.

Who Can Use Blockchain Technology?

Really, the question is “Who can’t use blockchain technology?”

Currently, finance offers the strongest use cases for the technology. International remittances, for instance. The World Bank estimates that over $430 billion US in money transfers were sent in 2015.

The blockchain potentially cuts out the middleman for these types of transactions. Personal computing became accessible to the general public with the invention of the Graphical User Interface (GUI), which took the form of a “desktop.”

Similarly, the most common GUI devised for the blockchain are the so-called “wallet” applications, which people use to buy things with Bitcoin, and store it along with other cryptocurrencies.

It comes as no surprise then, that numerous well-known, highly-regarded companies have announced blockchain development efforts, either covertly, or by publicly filing blockchain-related patent applications.

Given the level of corporate interest in blockchain, there’s no question the technology will disrupt the current business environment. The only questions are “when?” and “to what extent?”.

Blockchain Applications, As We Understand Them Today

Compiling a comprehensive list of potential applications and uses cases for blockchain technology is impossible today for a number of reasons.

First, while many applications are currently under development, most theorized use cases don’t exist yet. On one hand, application rollout is slowed by the dearth of qualified blockchain engineers available in the market, a problem that universities are trying to solve. On the other hand, initial coin offerings (ICOs) provide a way for startup companies to quickly (and some would argue recklessly) find the seed money needed to hire and compensate developers. So far, demand for qualified blockchain developers out paces the corresponding supply.

Second, because many potential blockchain applications haven’t been envisioned yet, the list of potential uses for blockchain will continue to evolve. This evolution will likely be similar to the internet’s progression from a messaging system between colleagues to a global platform for commerce, data transmission, and social media engagement, amongst other things. After all, truly decentralized blockchain applications are only efficient through the World Wide Web.

Finally, blockchain technology is likely to build on itself over time in ways that cannot be predicted. For example, when Apple first created the iPhone, it could have never accurately predicted the development path of the thousands of previously impossible applications that exist in its App Store today. Blockchain technology is likely to evolve in a similarly unpredictable manner.

Today, the following use cases seem most likely to be revolutionized by blockchain technology as development efforts continue:

Understanding and Applying Blockchain Technology Can Differentiate Your Business

While no one can predict the future, these applications are likely “just the beginning” of blockchain’s impact on society. Understanding, thinking critically about, and implementing blockchain solutions may be the difference between certain businesses’ long-term success and failure.

Some, perhaps many, of the businesses that fail to adapt to take advantage of blockchain technology are destined to be left behind or shuttered permanently, similar to those who failed to adopt computers (1990s) and the internet (2000s).