A New ETA for IoT? 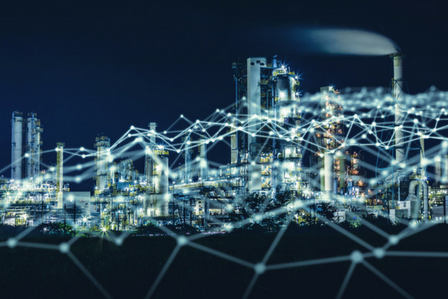 In 2010, Ericsson’s former CEO predicted there would be 50 billion connected devices worldwide by 2020. In 2011, a Cisco analyst agreed. In 2012, IBM raised the bet, forecasting 1 trillion connected devices by 2015 – about 130 for every person on the planet. But it’s 2018 and it all seems to be going more slowly than forecast: the total today is slightly above 8 billion, according to Gartner.

Why is our connected future taking so long?

Learning to use IoT in productive ways has proven challenging. Companies have had a number of difficulties:

Perhaps the biggest challenge has been to figure out where, and how, IoT can add tangible value. There have been hits (such as Nest thermostats) and misses (so far, consumers don’t seem to want toasters with Bluetooth), but many IoT business models are still evolving as the technology matures.

One development that may speed up IoT adoption is the growing maturity of IoT vendors. Aeris, for instance, is developing IoT solutions for a number of industries, including automotive and health care. Its business proposition is to provide a modular but end-to-end platform to enable companies to make what the company calls “the pivotal change from their unconnected product to connected services.”

Uptake, an industrial analytics platform, was founded on the knowledge that less than 1% of collected industrial data is analyzed and used to make better, more informed decisions. The potential to predict machinery problems and proactively address them based on information gathered from connected equipment drew Caterpillar in as an early partner and investor in 2015. Today, the company has expanded its focus across several industrial sectors: agriculture, aviation, construction, energy, equipment dealers, fleet, mining, oil and gas, rail and wind – and quickly found high-profile partners in most of them. It appears to be working, as they recently closed a round of funding and expanded high-profile partnerships.

Uptake, Aeris, and other full-service IoT solutions platforms will do well, particularly in the near term, as C-level executives and boards move to capitalize on IoT’s opportunities, while their existing infrastructures lack appropriate resources (personnel, knowledge, and experience) to do so in-house. IoT may evolve to chart a similar evolutionary course as ERP, where SAP and other firms supply the “central nervous system” of modern business.

Blockchain’s impact may also soon be felt in IoT as the technology may provide a necessary backbone to help secure and scale IoT solutions. From this perspective, blockchain is expected to be particularly effective within industrial applications, including supply chain and logistics. It’s important to note, however, this technology is nascent and ever-evolving, as groups continue to work together to establish protocol to unlock blockchain’s value to IoT.

When will IOT reach its finish line?

Despite its growing pains, IoT’s growth is far from stalled. Gartner predicts there will be 20.4 billion connected devices installed worldwide by 2020. At that point, Gartner analysts predict consumer products will dominate the market (12.8 billion), followed by cross-industry devices for B2B use, such as building monitors (4.4 billion), with specialized vertical-specific devices (3.1 billion) making up the rest.

The brisk pace could turn into an outright sprint, since networks’ value tends to increase with the number of connections. It happened with cell phones, the internet, and social media; presumably machines will prove to be just as sociable.

As futurist Roy Amara once noted, individuals tend to overestimate particular technologies’ effects in the short-term, and underestimate them in the long-term. On that scale, IoT appears to be right on track.