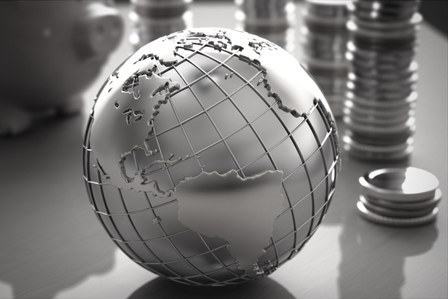 Market Comment: Has the M&A market gotten ahead of itself?

The tide is going out, the emperor has no clothes, Wile E. Coyote is about to look down – whatever your favourite metaphor for a market that’s gotten ahead of itself, I’m starting to worry that we’re almost there.

I don’t say that just because of what’s been going on in the equity markets, where value stocks (securities that are inexpensive relative to fundamental metrics such as earnings, EBITDA, and cash flow) are on track to post their worst year relative to growth stocks since the financial crisis. I say it because of what I’m seeing in the mid-market merger deals we broker at Livingstone.

As in the equity markets, buyers are paying top dollar for exciting (if often unproven) companies while solid but unspectacular companies sell at a steep discount – if they sell at all.

Recently, for instance, we were involved in the sale of a healthcare company for $1.5 billion, price-to-earnings a multiple of 18. At the same time, however, we’re having a hard time selling more mature industrial companies for five or six times earnings not because they’re not good companies, but because they lack spectacular growth prospects.

We’ve seen this movie before, as the Italians say, and not just once: in 2000, before the dotcom bubble blew, and in 2007, on the cusp of the financial crisis. At both times, enthusiasm ran very high for certain kinds of fast-appreciating stocks even as, on a risk-adjusted basis, more prosaic companies were utterly and unfairly neglected. That was true in the equity markets, and it was equally true in the mid-market merger space as well.

Then as now, the assets investors were most excited about were all priced for perfection. Then as now, a lot of things happening in the market didn’t quite make sense. And finally, then as now, I’m afraid, all that was needed to undermine investor confidence was a little unexpected bad news for the whole market to come tumbling down.

As in those past crises, leverage may be exacerbating the risks we now face, but with four important differences:

Of course, in other respects, we’re better off now than in either of those past episodes. We’ve had eight years of 2% positive GDP growth. Many companies that survived the last financial crisis have learned how to manage their cash more conservatively. Operating efficiencies in many industries have improved.

Unfortunately, the business cycle has not been abolished. Sooner or later – and I suspect probably sooner – the market will turn. If you have your eye on the M&A market now, how should you respond?

For prospective buyers, the big question to ask is whether your purchase would leave you with what Benjamin Graham, the father of value investing, called “a margin of safety” – a positive gap between what you paid and the intrinsic value of your company.

For sellers, the most crucial question is: who are you? If your answer is a hotshot, Class A firm with great growth prospects and owners who want to sell, now is the time. The climate probably won’t get any better.

On the other hand, if you’re a Class C company and don’t have a compelling reason to sell immediately, you may be better holding off until the market becomes friendlier again to value investors. Make the investments you need to become attractive to the buyer you want, wait for the fashion to change — and hope that the tuition for the market’s lessons in the virtue of value investing won’t be as high as it was in 2000 and 2007.