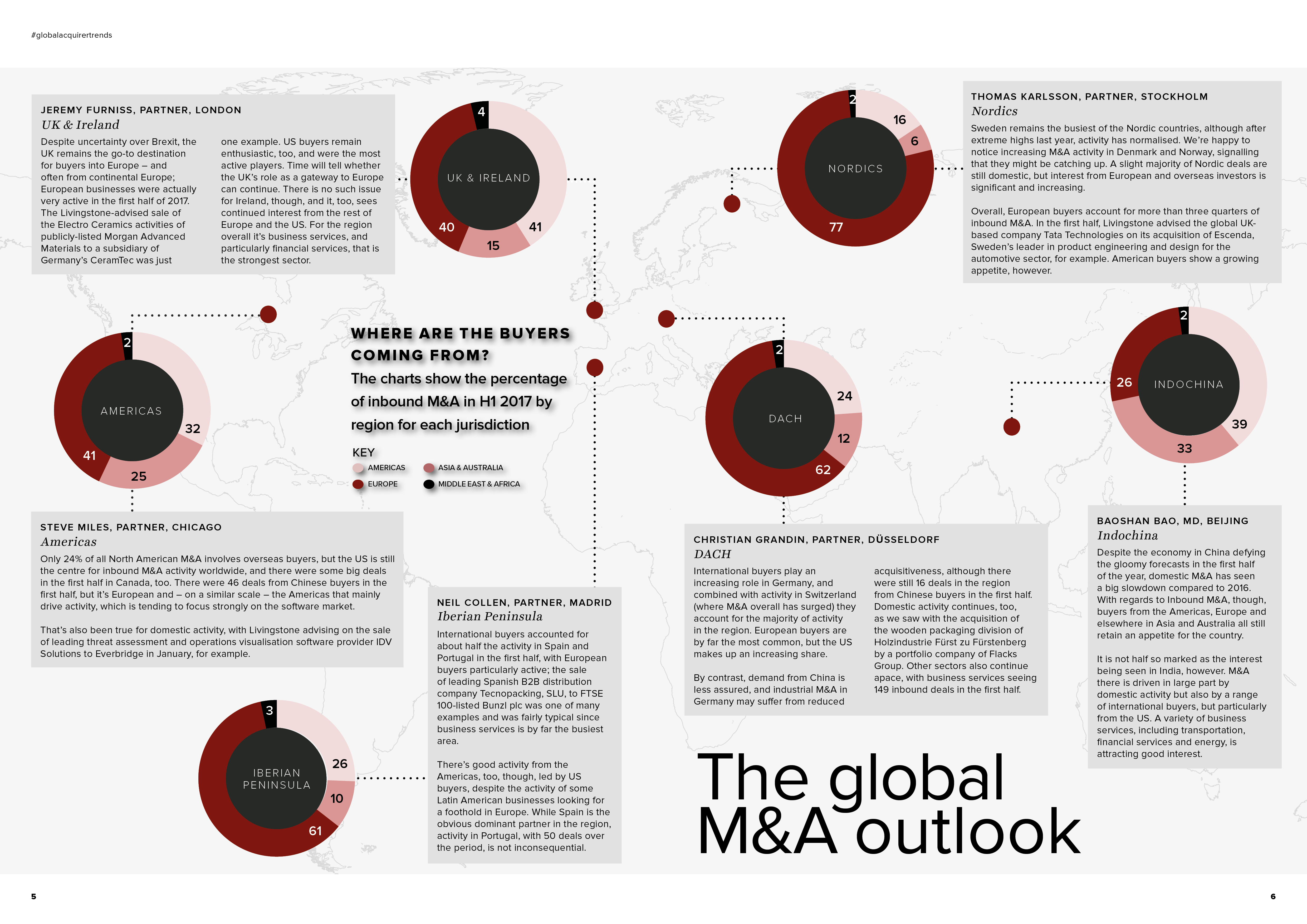 We are also seeing exciting M&A activity in not only the regions covered in this report, but also in the traditionally smaller markets: right next to Germany, Switzerland has seen a flurry of recent M&A deals; in the Nordics, both Norway and Denmark are seeing a significant increase in activity; and India, always second to China when it comes to emerging super powers, has a booming M&A market, domestically and internationally.

While there is no denying M&A faces some challenging headwinds, in most cases activity is proving remarkably robust.

Donald Trump’s presidency in the US, for example, has brought continued uncertainty for international buyers looking to North America. Yet, M&A in sectors such as energy is thriving, and the US continues to see more M&A activity than all the other regions combined. Canada, meanwhile, sees sustained and significant activity, both domestically and inbound.

Finally, while there has been an undeniable slowdown in domestic M&A in China, international buyers into China are less deterred, as Asian activity continues and buyers from the US remain fairly constant. Furthermore, the Indochina region now also has India’s booming M&A market to drive activity, and it accounted for the majority of the 220 deals overall in the region in the first half of the year – 141 of them inbound. US buyers are active, with the Americas making up almost 40%, against about a quarter for Europe and a third from Australasia. Whatever challenges there are in the market, buyers for now continue to face them with considerable confidence across the globe.