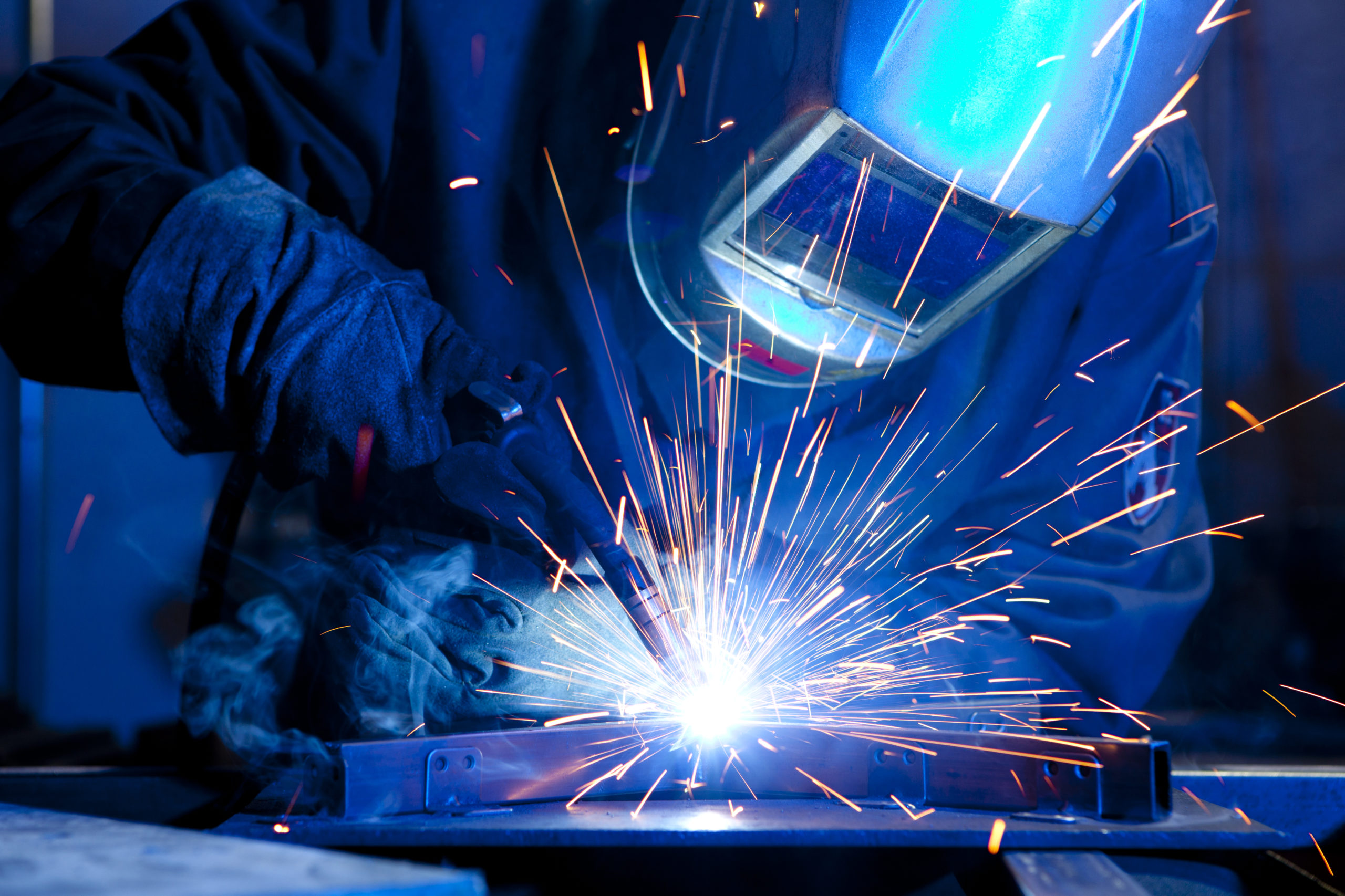 After a 2021 that was a shot in the arm for the country’s steel industry, the pressure is back on a sector that is the backbone of Spanish industry. The recent publication of the manufacturing PMI index only confirms what everyone was anticipating. For the third consecutive month, the indicator was below 50 points, in the area of contraction, and bodes well for an end of the year far removed from the exuberance experienced last year.

The macroeconomic environment does not help when it comes to making estimates, let alone optimistic ones. Geopolitical uncertainty, prolonged in time due to the war conflict involving two world powers with leading positions in the manufacture and export of steel, uncontrolled inflation far from the central banks’ objectives and, foreseeably, the continuation of the rate hikes estimated for the coming months, all converge and directly attack a sector that is the basis of industrial development.

The question we are asking ourselves is whether this macroeconomic cocktail is leading us towards a new point of equilibrium, or whether the tip of the iceberg is just emerging before the arrival of winter in Europe. The absence of major changes in the Ukrainian war and the evolution of the inflationary spiral in which we find ourselves will dictate the short-term future.

For the time being, it seems that corporate moves in the sector may continue for some time. Following the July 2020 entry of the Cristian Lay group into Gallardo Balboa, the last major transaction in the steel sector, a multitude of operations in metal products companies have materialized. 11 transactions in just over 14 months, only in Spain. Of note are the purchases of Tubos del Mediterráneo and Tubos de Legutiano by Hierros Añón, the sale of THU Perfil to the Irish multinational Kingspan, or the joint purchase of Aercal by its CEO and the French fund Capza.

In 2021, the Spanish steel industry produced 14.2 million tons, about 28% more than in 2020 and over 5% more than in 2019. It ranked as the third largest producer in the European Union with 9% of production, behind Germany and Italy, and ahead of France. Globally, Spain barely accounts for 0.7% of total world production, compared to 8% for the European Union. Russia and Ukraine account for 5% of a market dominated by China, with 53% of global production. China is subject to heavy tariffs on steel imports into our beloved European Union. 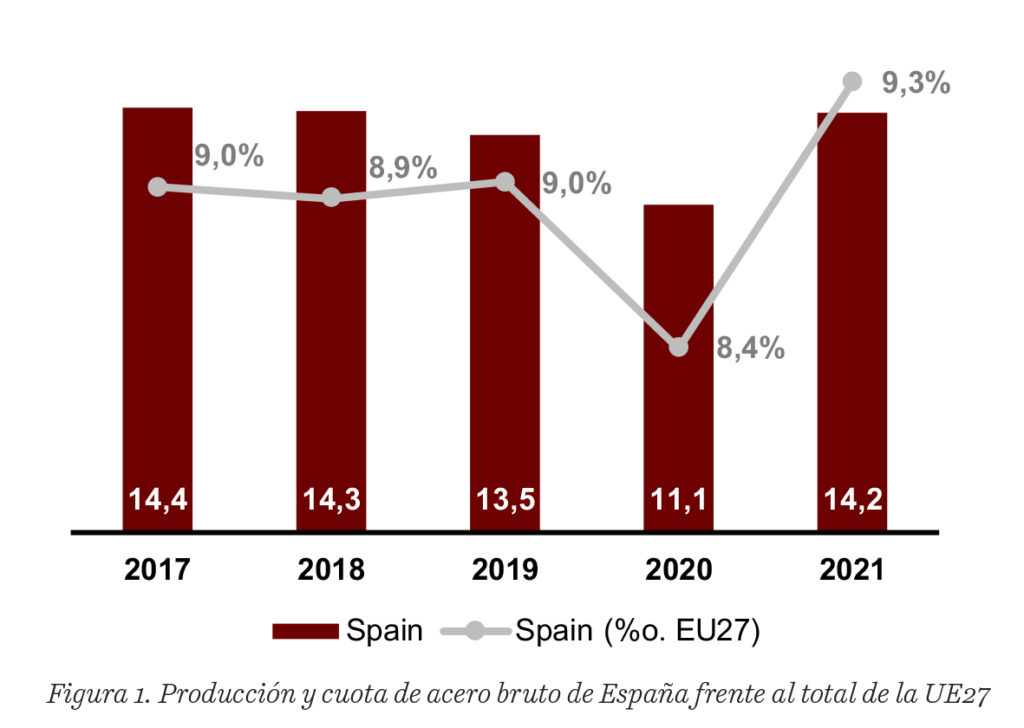 The growth experienced in Spain, in terms of volume, was accompanied by price increases with which to pass on the increases in the cost of raw materials, transport and electricity. The combination of both growth rates (price and volume) led to an improvement in gross operating profit and, in some cases, to a further improvement in operating margins.

As a result, in 2021, the major companies were able to reduce their net debt figures and, overall, the sector is in a healthier financial position. While the start of 2022 maintained the good trend of 2021, the outbreak of the war in Ukraine marked a tipping point in the sector, so the second half of the year is anticipated to be completely different. To begin with, these two countries produce almost 100 million tons of steel per year, equivalent to 70% of production in the entire European Union. The (obvious) production stoppages in Ukraine, together with the restrictions on Russian imports, materially affect the entire European industry. Added to this is the effect the war has had on gas and electricity prices across the European continent.

The rate hikes expected by analysts in the coming months indicate a tightening in financing conditions, which could affect the real estate market. It should be noted that long steels are mostly destined for the construction market, so a contraction of this market could have a significant impact on sales volumes of long steels.

On the other hand, flat steels have a more diversified end market, therefore, in order to be impacted, there would need to be a generalized contraction of industrial activity (the PMI indicators we were talking about…)

In short, there are, on the one hand, certain factors that affect the entire economy in general terms and, therefore, will manifest themselves at the corporate level in a widespread manner, such as the rise in interest rates. On the other hand, we see other dynamics that particularly, or more markedly, affect the steel sector (tariffs, increases in raw materials or electricity prices as an electro-intensive sector, among others).

As a result, the sector is being shaken by a tsunami of various factors (both internal and external) and, as a result, it is expected that deals will continue to emerge in the so-called middle-market. Fishermen make their day in troubled waters. These transactions can take place as part of a vertical integration in the value chain by an industrial steel group (as in the case of Hierros Añón), or in the form of an acquisition by a group not present in the market, either a financial group (as in the case of Capza) or an industrial group with the opening of a new segment, as in the cases of Cristian Lay or Kingspan mentioned above.

In short, we believe that the steel sector has many characteristics that make it an attractive sector for investors, both financial and industrial, despite the fact that it may be in a period of uncertainty. It continues to be a key sector for the development of the industry, with a multitude of international companies and a solid financial position. The uncertainty could lead to a moderation in the pace of corporate transactions compared to that experienced in recent months, but, in any case, good investment opportunities continue to exist, and we believe that some of them may materialize soon.