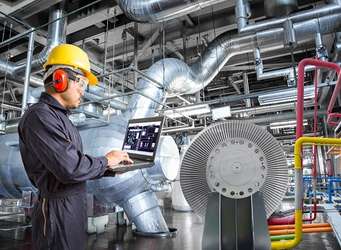 The industrial services industry in Spain is a developed market with plenty of skilled companies that cover different fields of specialization. However, unlike much of Europe, it is not a market with very large groups dedicated exclusively to this segment.

Rather than independent groups, the industrial services industry in Spain is dominated by three categories of players:

While in Europe there are a number of very relevant independent players in the multi-technical services space that are focused on industrial services, only a few of these have tried to enter the Spanish market, and not always with success. A few examples of such “independent” European groups in Spain are Spie, Imtech or Altrad.

Spie entered the Spanish market in 2003. However, due to various difficulties, Spie’s multi-technical services division in Spain was divested to the fund PHI in 2011, which renamed it Atrian Technical Services, and tried to streamline its operations.

Imtech, whose Dutch holding went into bankruptcy in 2015 was bought by Springwater and was then sold to MASA, of ACS Group, in 2017.

Altrad is the most recent entrant in the Spanish market. They acquired the scaffolding player Rodisola in 2010. In Europe this company has multiplied its revenue by 4x since 2014 (from €861m to €3,419m in 2018) through the acquisitions of Hertel (2015), Prezioso Linjebygg (2016) and Cape PLC (2017). In Spain it is the owner of Rodisola (€15m sales), Plettac (€5m sales) and a small JV in Pinto named Resa Prezioso Servicios Industriales (€1m sales) and with this platform has plenty of room for growth.

However, for examples of groups that have focused on the industrial services sector in Spain, the most successful examples are those following a consistent build-up strategy, sometimes with the support of a private equity investor.

There are three notable cases of local industrial services groups in Spain that have grown to be relevant players through the acquisition of complementary companies, both leveraging synergies by covering the entire national geography and through offering a broader spectrum of services. The Navec, Dominion, and Zima groups are examples of this strategy.

The origin of Navec was through the sale of the assembly and maintenance companies Cotinsa and Gematec, located in the Petrochemical Industrial Area of Tarragona, to Baring Private Equity. Once the Navec Group was formed, they acquired European Industrial Maintenance, Tradehi and Comomin. Livingstone was a key adviser throughout this build-up. Currently, the Navec Group has a turnover of €140m, and a strong international platform in Latin America, with significant growth potential.

Dominion’s service division (Dominion Engineering & Construction and Services), acquired the German company Beroa in 2013, which is active in the installation of refractory materials, cladding and industrial chimneys. In 2016 they acquired Abantia, which was active in engineering and industrial assemblies (and which had itself previously absorbed other technical companies such as the automation, control and electrical assembly specialist Denion, a transaction also sourced by Livingstone). More recently, the group has acquired International Chimney (2016), Commonwealth Dynamics, active in industrial process management (2016), Ditecsa, a Colombian environmental services company (2018), and Energy Flip, which is active in energy management (2019).

The industrial sector represents 41% of Dominion’s turnover (€831m in 2018). In the first half of 2019, its Spanish operations represented 54% of its combined turnover in services and solutions, so Livingstone estimates that its industrial services offerings (engineering, installations, and assemblies) in Spain represent at least €180m of turnover for the group.

The Zima group started with the 2016 acquisition of mechanical assemblies company Daorje, based in Asturias, and in 2017 bought Pine, a specialist in electrical assemblies. In Valencia, it invested in the company Zima Robotics, covering the industrial automation space. The group, with 3,000 employees (mostly from Daorje, which has turnover of €120m), made a consolidated turnover of €175m in 2018.

However, though many of these groups have grown internationally (mainly in Latin America) and have increased in size and turnover, as they do not yet have a complete global offering of services for industry. Integration of services has been done successfully by many companies in the facility services sector in Spain and, a broader scope of services is offered by a number of integrated operators of industrial services in Europe (VOITH, BILFINGER, WISAG, VINCI, ENGIE, EIFFAGE or VEOLIA, among others). But in the Spanish market for industrial services, there seems to be plenty of room for further integration to achieve the size and scope of businesses that are key to becoming a true market leader.

What does the future hold?

There appear to be two forces at work in the sector, similar to many others. On the one hand, larger groups able to offer integrated services to major international industrial manufacturers across a global platform continue to win many contracts. On the other hand, specialization remains highly attractive to those same clients, especially as technical services become ever more complex. In addition, senior management at the larger industrial services companies continue to analyze optimizing returns for their shareholders, spinning off parts of the business which can either lead to a revaluation of the entire group that remains or maximizes returns by selling the subsidiary at a higher valuation than that reflected as part of a bigger conglomerate. The balance of capital allocation and customer service are key drivers across the industry.

Indeed, in Europe some companies have been breaking off from engineering or construction groups to focus only on industrial services or to specialize on specific industries (as the case of VOITH, first sold to Triton Partners and separated from its Engineering group and then split into LEADEC for Automotive Industry and VELTEC for Process Industry). These are examples where operators will try to specialize in certain industries and cover the entire spectrum of activities that these industries require, and deliver the geographical coverage that is demanded by each sector (according to where the main clusters for each industry are located).

What does remain clear is that as companies accompany their clients in the growth path, and geographical coverage is a key factor in the selection process of suppliers of industrial services. Whatever strategy is used, whether a niche service focus or a broader “one-stop shop” approach, size and multi-jurisdictional coverage is important.

In Spain, although there are holistic operators in the space, there is still room for greater development of industrial service groups. Given the relatively low level of presence of European industrial service groups in the country, everything suggests that compared to much of Europe, a comprehensive and global (multi-site) management of services at industrial premises from multi-national companies has not yet developed. Local groups often still dominate sub sectors in the country, perhaps with some incursions into Latin America.  However, this is a sector where areas such as digitalization and automation, remote management of facilities, and fields of expertise such as predictive maintenance, energy efficiency, or comprehensive management of the entire production cycle (from design, construction and financing, through operation, maintenance and dismantling) will be key factors in the service offerings. And only those who focus on these specialized services and are able to supply them wherever the client needs the service will remain competitive (and become the leaders) in this new paradigm.

For the bigger global players, such growth will be difficult if not achieved via acquisitions, due to the specificity and high technical level of the services required. Experienced, qualified people, ingrained, trusted client relationships, and the required range of specific industrial equipment all mean that new entrants cannot easily enter and quickly establish themselves.

Of course, there will always remain niches for the local, highly focused specialist companies, but in the era of Industry 4.0, combining that specialist expertise with the firepower of larger groups will be a winning combination.

This article was originally published in the 2019 Global Business Services Report.